Like our work? Arrange a meeting with us at our office, We'll be happy to work with you!

We are always looking for new talents and we were expecting you. Time to apply, buddy!

In many cases cultural heritage becomes a part of public discourse only when it is about to be lost forever due to the urban redevelopment, insensitive to the potential of the historical context. The ‘invisibility’ of tangible heritage in the cities often results from a lack of effective communication of its historical, cultural, architectural values. That creates a vacuum of opinions and visions, which provides a favourable ground for insensitive redevelopment of the area. In order to bring awareness about the values of historical monuments and places it is important to implement inclusive forms of communication that would motivate people to rediscover the treasures of the city and share their knowledge with others.

Gerry Proctor, a chairman of Engage Liverpool CIC, invited me to Liverpool to co-develop in cooperation with the city residents an urban game. According to Gerry Engage Liverpool seeks ‘to improve the quality of life for people living in Liverpool City Centre and Waterfront neighbourhoods by empowering residents through aspirational engagement and action’. The organisation is actively involved in the public debate concerning Liverpool Maritime Mercantile City UNESCO World Heritage site. The debate is driven by the tension between heritage preservation and development, that includes ignoring the Local Development Framework for Liverpool Maritime Mercantile City (you can find more information on the discussion here). Unfortunately in Vilnius we face similar processes that even bring ad hoc corrections into the city’s planning documents.

An active involvement of city residents and visitors into exploring the cultural heritage and sharing the stories connected to it through attractive formats is important in keeping the heritage visible and alive. The status of the World Heritage site remains just a formal label if it is not supported by actions that involve residents into the process of revitalisation and decision-making concerning the site. Potentially urban games can become an effective form of communication of the historical values as long as they create conditions for exploring the urban context. Urban games provide a possibility to change the perspective and to find out that there are so many treasures in our everyday surroundings. That is exactly where the interests of Engage Liverpool and Laimikis.lt met. 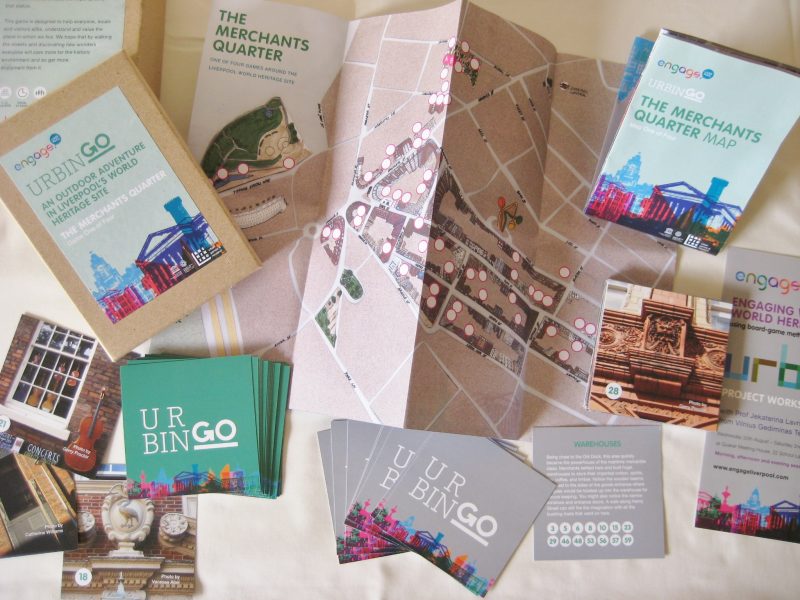 In Lithuania, together with colleagues at the urban games and research lab ‘Laimikis.lt’ we have created a game called Urbingo, addressing it to the historical neighbourhoods. It has been developed as a matrix to collect visual data and stories concerning historical sites. This open archive is used for team orientation games and for individual explorations as an alternative city guide. The format appeared to be applicable in many contexts, and the World Heritage site in Liverpool has plenty of stories to share. 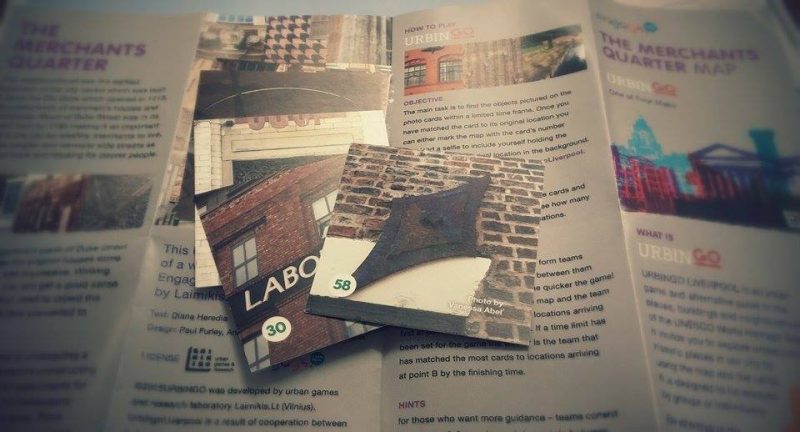 Liverpool used to be one of the world’s major trading centres in the 18th and 19th century. It played a significant role in mass movements of slaves and emigrants. It also has a rich history of technical innovations. For example, to connect the Port of Liverpool and the major industrial city Manchester the very first locomotive railway was built, and it was the first railway providing a scheduled passenger service. And do you know that Liverpool was a home port for Titanic (where also a part of its crew originally came from)? The amount of connections to the world’s history is overwhelming there. Gerry Proctor is the key person to introduce you to the history and current story of the city (although some tips and historical remarks from his colleague Mark were also helpful to grasp the morphology of the city). While running an informative excursion focused on the World Heritage site, Gerry showed lots of tiny lively places such as a board game café ‘Sugar and Dice’, a potential partner for distributing the urban game that we are going to create. Nowadays Liverpool is a city with vibrant cultural life with many small and big events taking place around the city every day and night and with lots of independent initiatives. And Gerry keeps the contact with many of them. 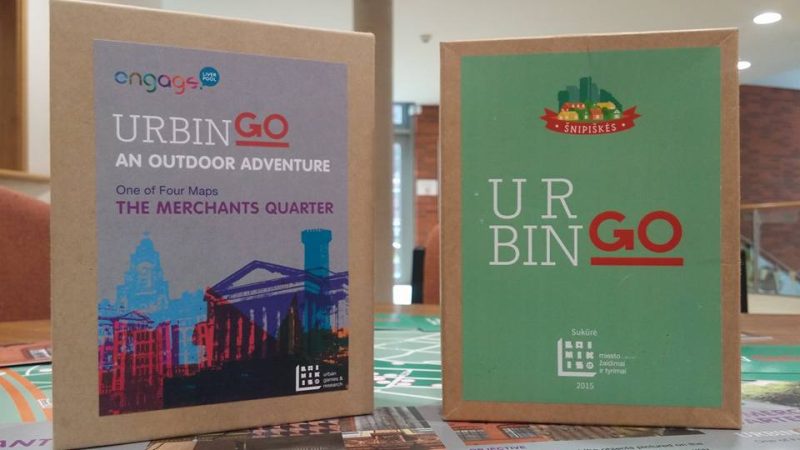 When in Liverpool, take a boat trip to perceive a dynamic development of the coast line. Also, follow Gerry’s recommendation to visit the Museum of Liverpool. Exhibition there is arranged with lots of love and creativity. A history of protests and citizens movements is a part of the permanent exhibition which not only presents the outstanding past of the city but also openly discusses the social and economic challenges of the city. Just to get the feeling how revitalised docks look like, take a walk to Albert Dock, where Tate Liverpool is located.

a tip from Jekaterina

My task for this meeting was to explore the urban and historical context and to discuss the idea of the urban gaming with the community of Liverpool active citizens and organisations. One of the important principles in the work of Engage Liverpool is its open decision-making process. The organisation operates on many levels. For example, around Liverpool you may find some artistic interventions which are the result of the workshops that Engage Liverpool run. After discussing the concept of the urban game and some technical questions, the participants of the meeting voted for creating several Urbingo Liverpool versions for the World Heritage site.

During CitizensLab mobilities I’ve experienced that the network of active citizens enables us to explore the challenges that other cities face and on the base of that to expand and to re-examine the understanding of the local processes in our own cities. It also enables us to share the solutions and to co-develop new approaches to the identified problems. Learning about the challenges that the World Heritage site in Liverpool goes through and the tactics that Gerry and his colleagues are using to bring awareness to the historical and cultural values of the city refreshes my understanding of similar conflicts and challenges that take place in Vilnius.